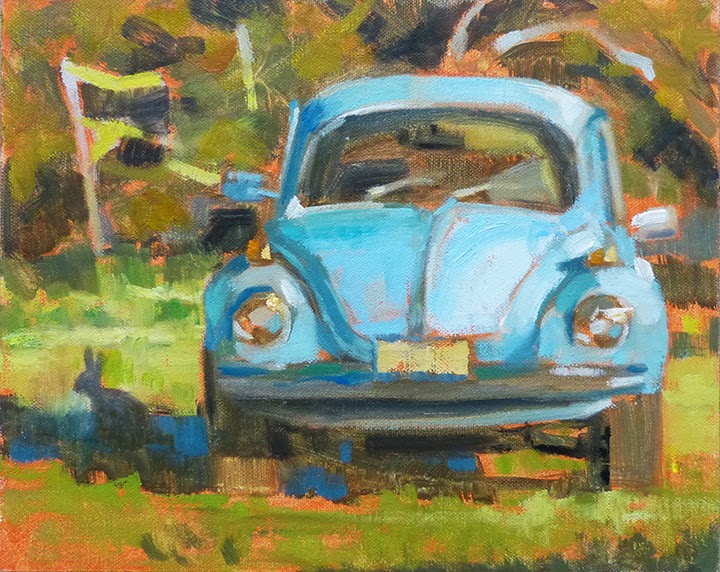 I had fun with this piece.  Did an orange (complimentary color) under painting and then put my darks in loosely and kept some of the orange...well a lot, of the orange peeking through:-)  I see something I need to fix though...isn't that always the case?   One of the side mirrors needs to move...no way they'd be at two totally different levels...oops/

Saw a great demo at WVAG this evening with Vadim Zanginian. 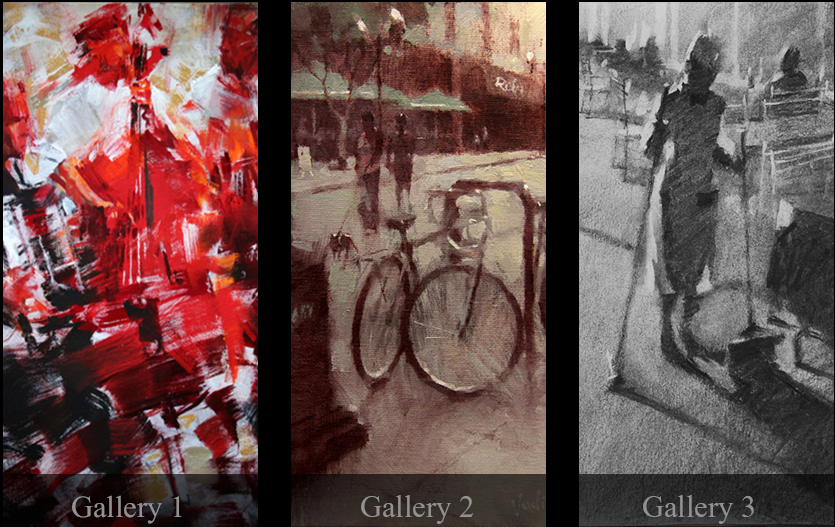 He's an extremely talented artist I recently studied with who really knows how to simplify, develop great values and say a lot with a limited color palette.
Vadim was trained in the Russian Academic tradition at the Art and Teatre Institute in Russia and in his art Vadim tries to make his brush depend on his first impression, and tell a long story in a few words, just like a limited palette can give you 100's of colors.

Vadim used a limited palette of Zink White, Lemon Yellow, Cad Red Light and Ivory Black to create all the colors he needed in this demo.


Here are the pictures I promised, I'm sorry they are not the sharpest as they were taken with my IPhone and of the screen, as we project the process up on a big screen ..but I hope it still shows you
a master at his craft! 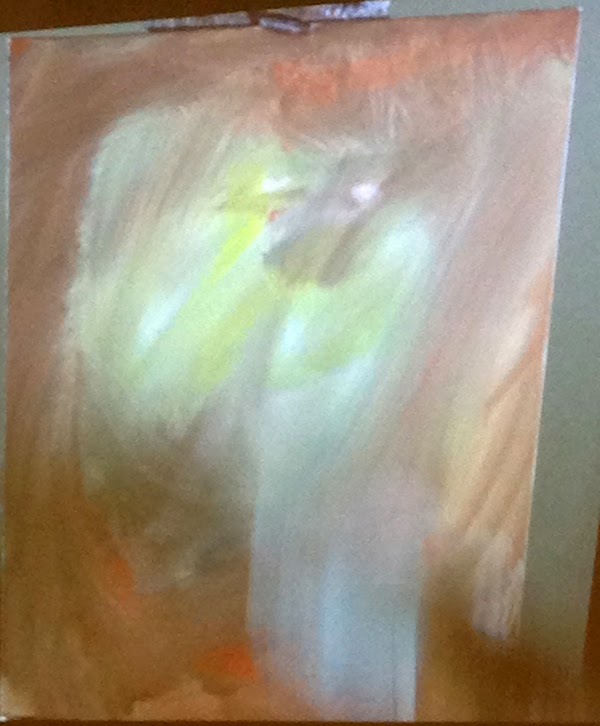 After deciding on his composition and vantage point Vadim toned his canvas with a gray mixture, leaving the area with most light - lighter and going darker away from the light source. 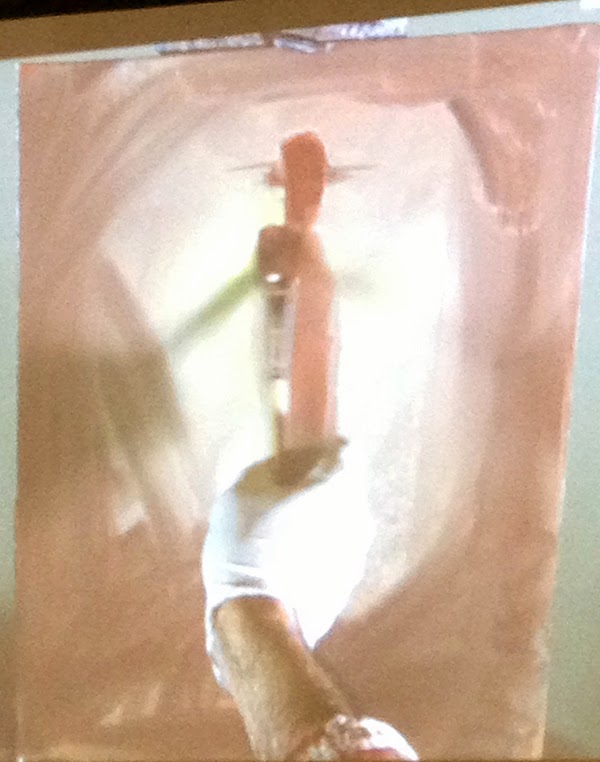 He lightly put in the top and bottom of the figure, added the figure in silhouette, then put in his dark values and connected the dark shapes. 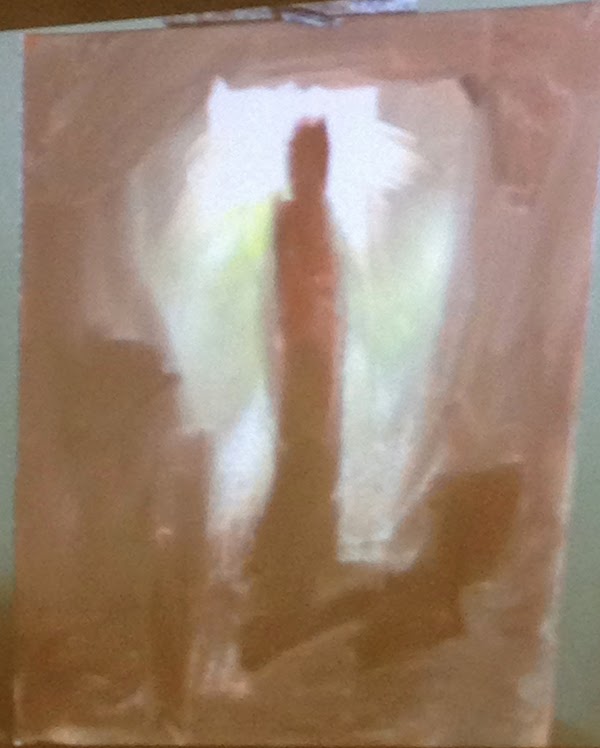 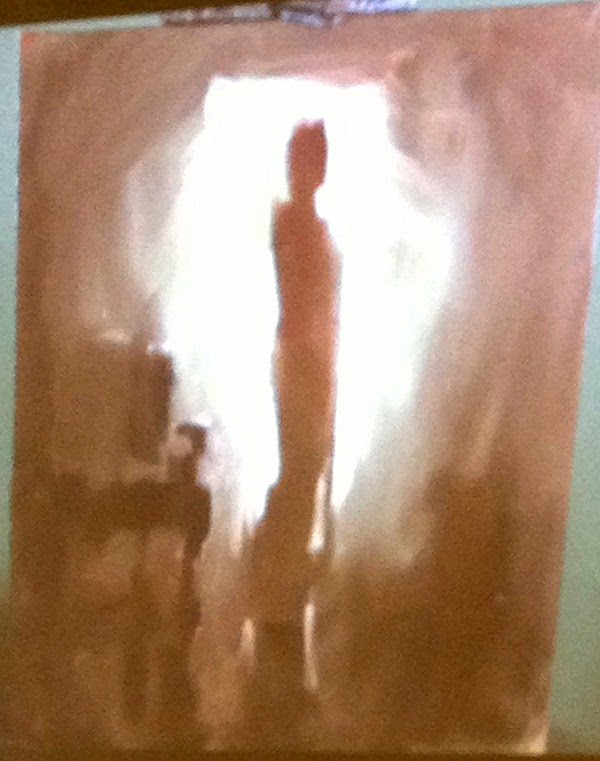 In the next step he used a paper towel and a nifty little tool called a clay shaper to create his lightest lights by erasing to reveal the white of the canvas... 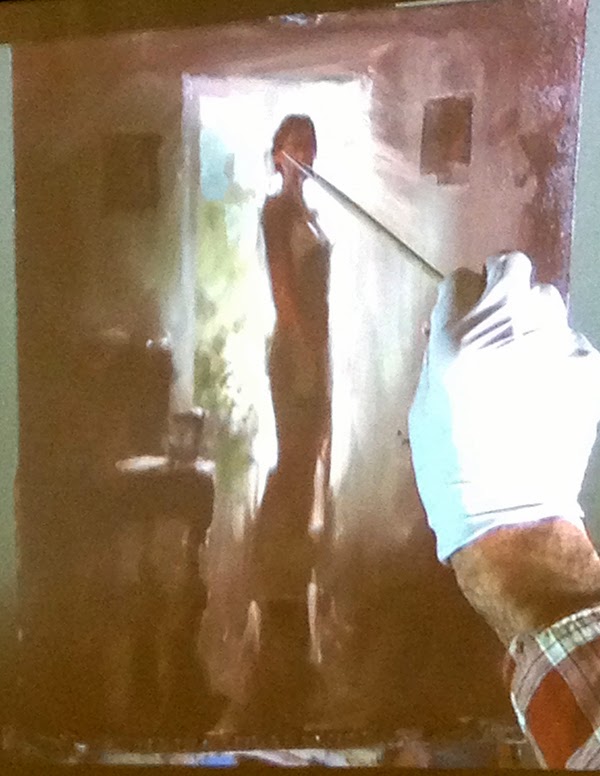 Vadim then worked very methodically adding values within values, always being careful to go from cool to warm to cool as you can see in the figure and the arm for example. 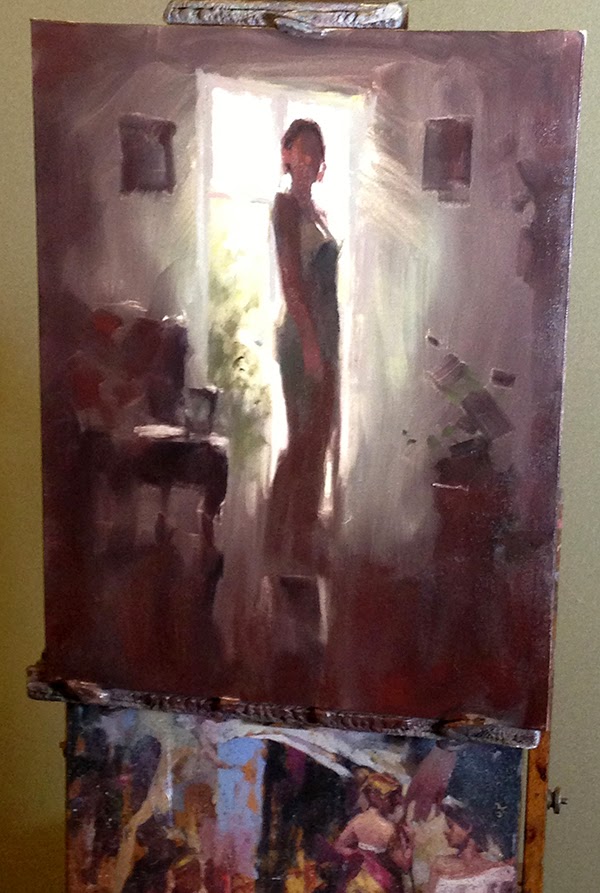 Here's the final picture of the night's demo and Vadim then took it home to put some final details on it for the lucky winner of the raffle.   Note the beautiful painting below on his easel as well:)
Guess who wishes she could have won it?....yep, me!

For those of you in the L.A. area:   Vadim has worked out a fast learning program for Academical drawing and painting and he teaches classes at his studio in Glendale and at LAAFA 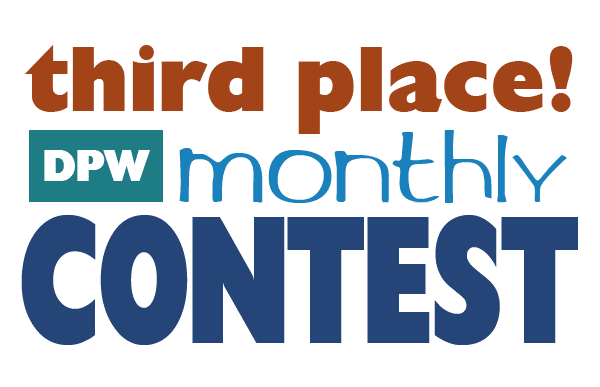